“This was the biggest, most advanced annual meeting our client has staged. Our client likes to push boundaries and so do we,” says Chris Tardiff, Co-owner with Josh Bachman of Benchmark Productions, which handled all the AV for the event. “We couldn’t have done it without Analog Way Picturall powering all the elements hitting the curved screens.”

“This was an intense program with many screen changes,” says Craig Leibowitz, Owner/Director/Technical Director at Shattercone Productions. “The servers played opening videos, background animations and speaker intros built and designed by Benchmark in conjunction with their client. The first server ran 14 outputs through live switchers; IMAG was run on a separate switcher. The second Picturall media server, which belongs to Benchmark, ran seven outputs in sync directly to the bottom screens. Much of the content was created to seamlessly play on all 21 1080p outputs simultaneously.” 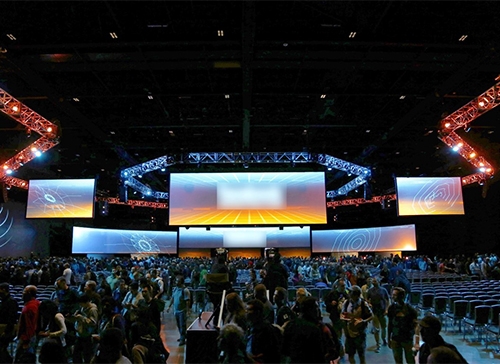 All content was created as either .mov, using the PNG codec, or PNG sequences, which were then transcoded into Picturall’s custom high-resolution PRKL codec for maximum performance, Leibowitz explains. Apple ProRes and H.264 videos also played from the servers as needed.

“Many other server brands would have required three to four servers to handle this many outputs and this much playback content,” Leibowitz notes. “And that’s before you get into having backups. In this instance, we could have run the entire show with just one single Analog Way Picturall media server, but because of the intensive high- resolution video content, we decided to split it up into two servers. There were backups on site, but they were never used. In fact, in the three years since I purchased Picturall machines, we have yet to switch to a backup on a show. Picturall’s stability on the Linux platform really gives it a leg up on the competition, which mostly runs on Windows or Mac.”

According to Leibowitz, “synching all layers of content to play simultaneously was a big deal.  On Analog Way Picturall you can set multiple layers to follow a single layer so they all trigger at the play of that one layer.  This way all content is synched across the entire canvas.  The Picturall works in cues and cue stacks, as opposed to a timeline.  When programming you can set up cues then duplicate them and simply change the content for that new cue by typing in the Media Collection number and slot number.  This is very handy when having to program a lot of cues – it simplifies the process and saves time.”

Benchmark’s Josh Bachman agrees that Picturall’s value to the annual meeting was “synchronization and stability. When you’re powering as many pixels as we did we rely on Picturall for those attributes.” 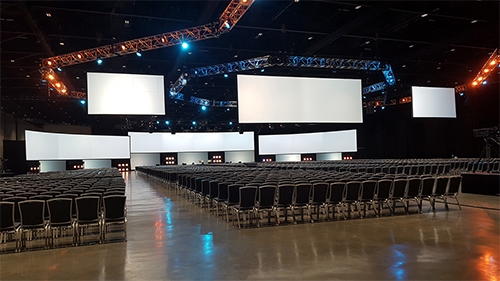 Leibowitz says in the three years that he has used the two Picturall servers he owns they’ve been “incredibly solid machines. Their core competencies are multi- and large-screen/file playback from single servers. They can also play back fully uncompressed file types for those clients with a discerning eye. I have had 50 million pixels onscreen at one time from one server without issue.”

He also likes the common sense user interface. “When you click on tabs they appear and disappear which is extremely helpful during programming so you don’t have a confusing screen to look at. Being able to dock and undock any tab and move it around to external monitors, or wherever suits me, is a bonus. I've trained on other servers, and although some of them have amazing qualities, for me the user interfaces were confusing and not well laid out.  Also, the fact that I can be set up and showing client content on a local monitor in less than ten minutes, is a huge plus.  Other servers can take over an hour or more to get to a point where the client can at least look at content.”

Josh Bachman says Benchmark has been “very happy” with its Picturall server since its purchase three years ago. The media server drives the opening video for the NBA’s Los Angeles Lakers, which is projected onto a 60 x 180-foot cylindrical kabuki drop before the team takes the court. “We were looking for the most stable way to output high-resolution video, and Craig recommended Analog Way Picturall to us,” Bachman recalls. “We liked how it performed so we bought the server. Whenever it’s not in use for the Lakers we use it for corporate events as our primary media server.” 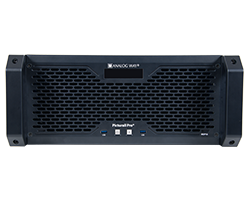