Levin Papantonio Rafferty is well known as one of the most successful personal injury law firms in the nation.  Partner Mike Papantonio is listed in the publication “Best Lawyers in America” and is one of the few living attorneys to have been inducted into the Trial Lawyer Hall of Fame.  He also has forged a crusading media career as one of the hosts, with Farron Cousins, of the long-running “Ring of Fire,” which began as a radio show in 2004 and is now a top podcast on Apple, YouTube and other platforms.  In addition, Papantonio hosts “America’s Lawyer,” a weekly international television show airing on RT America. 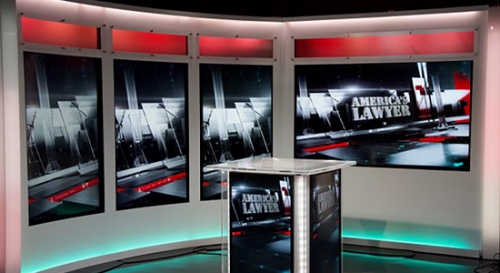 “In 2016 we built a very small studio for Mike at the law firm with a control room down the hallway,” says Walthall.  “About a year ago they had an opportunity to get more space in their building and wanted to expand with a production suite that met their broadcasting and internal needs.  They’d seen a production suite we did for an Oklahoma City church and liked it, so I got to work on 3D mockups and renderings.  Levin Papantonio went from a 14-square foot studio to a 3,500-square foot production suite with a TV studio, podcast room, green room, offices and even a mock courtroom where they can train young attorneys.

“This was a real pet project of mine with both of us based here in Pensacola, so I was able to be very hands on,” Walthall notes.  “It reminded me of my early days in the industry.”

Walthall chose Analog Way’s Picturall Twin Compact Mark II with two DPH104 splitters for the new production suite.  “We needed to be able to route anything anywhere and not keeping plugging and unplugging cables like we did before when displays were driven by a triple head to go box,” he explains.  “We needed the real deal now, and Picturall was certainly the right product.

“I’ve known the guys at Analog Way for years, and the fact that Midwest and South Regional Sales Manager Brian Smith is locally based meant he could come in and do the set up and train the production team who were able to grasp the software rapidly,” Walthall adds. 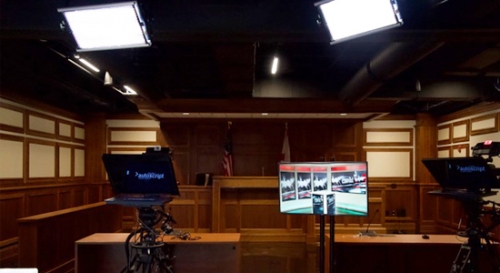 Picturall’s first splitter is dedicated to driving four displays in the TV studio: one 80-inch Samsung landscape monitor and three 65-inch Samsung monitors in portrait mode.  The second splitter feeds the router and can route signals anywhere on the premises.  It is currently used to drive four displays in the podcast room: one 80-inch LG landscape monitor and three 50-inch LG portrait monitors.  The splitter could also be employed to feed the videowall in the lobby or the 100-inch Planar display in the mock courtroom.  An Elgato Stream Deck control console recalls presets for both the TV studio and podcast room.

“Picturall provides all the functions and features we were looking for and has met our expectations with no hiccups,” Walthall says.  “The product is reliable and high quality, and Analog Way support is tops: I know I can always call and get service quickly if needed.  Analog Way was also able to give us fast delivery of Picturall; there were no supply chain issues, which was a bonus these days.”