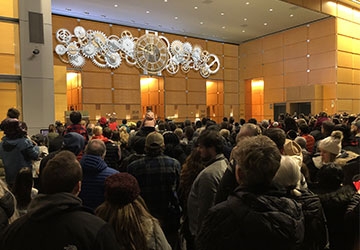 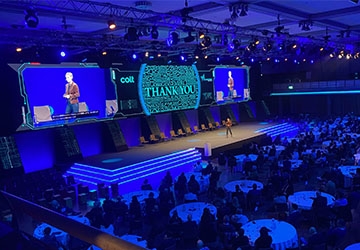 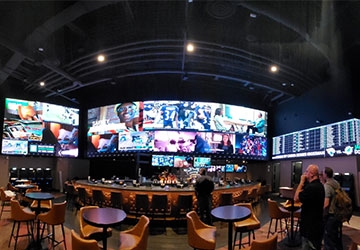 Since its debut in 2008 The Comcast Experience, one of the world’s largest continuous LED video displays, has become a Philadelphia phenomenon. Designed by David Niles and built by Niles Creative Group, the LED wall in the lobby of Comcast Center runs custom-tailored programming 18 hours a day to the delight of visitors and those working in the center. The Comcast Holiday Spectacular, seasonal programming featured between Thanksgiving and New Year’s, has become a family tradition attracting millions of people since its annual run began. When Wells Fargo moved its Corporate & Investment Banking business in New York City to the new 30 Hudson Yards office tower its traders were treated to one of the most unique lounge areas anywhere. Spanning the 14th and 15th floors, the open area features a 6 x 29-foot tall LED videowall from Leyard and Planar, a Leyard Company, driven by an Analog Way Picturall Pro media server.